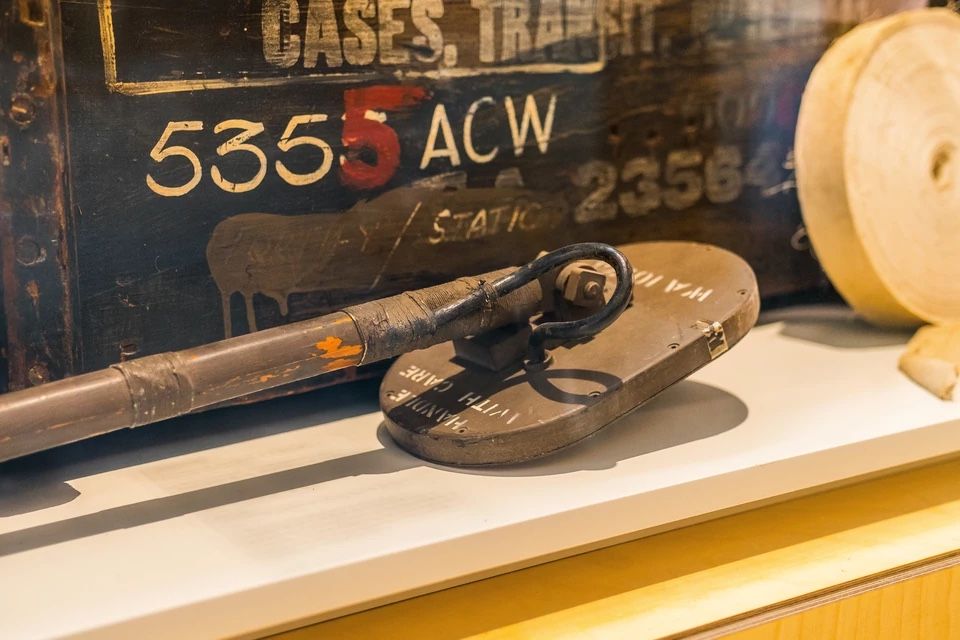 The hand-held mine detector – because that’s what we’re talking about – was invented by Józef Kosacki in 1941. The prototype was built in just three months, and then quickly went into serial production to “significantly contribute to the Allies winning World War II”.

Even King George VI sent a congratulatory letter to Kosacki in recognition of his merits, and yet few people know about the Polish inventor today. Just like the circumstances of the creation of the prototype.

And it all started with a tragedy. On June 1, 1941, a team of several people from the then-famous 10th Armored Cavalry Brigade was sent to comb the Scottish beach near Arbroath. A routine patrol hit the coast, which, however, had been mined before the British – for fear of German landings. But no one knew about the mines. None of the Polish soldiers returned from the mission, which shocked both British and Polish commanders. One of them was Lieutenant Józef Kosacki, who quickly decided to return to the idea he had been working on in pre-war Poland.

The starting point for Kosacki was the discovery that telegraph amplifiers react with hum to the presence of metal. That is why he used this phenomenon by constructing a mine detector – he worked on the prototype for only three months, using the phenomenon of the electromagnetic field.

“It was light, weighed about 14 kg, and at the same time relatively simple, possible to be carried and used by one soldier” – remind Teresa Kowalik and Przemysław Słowiński in the book “Royal gift. What Poland and Poles gave to the world”. It consisted of a wooden satchel with an acoustic frequency oscillator, an amplifier, and power batteries – put on the back. And also from a bamboo stick with coils and a variometer (it’s nothing more than an inductance changer). Small, uncomplicated, and handy (“earlier devices were not suitable for use on the battlefield. They could help engineering services clearing a battlefield, but not soldiers breaking through a minefield”). And most importantly: very effective.

A handful of 1p coins were scattered on the beach. The task was to find them all. The competition, which was announced by the British Ministry just a few days after the tragic events near Arbroath, had 7 applicants. The winner turned out to be Kosacki – his detector tracked all the coins. Very quickly, thus outclassing the competition.

The device received the official name “Mine Detector, Polish Type No. 1” and quickly went into serial production. Then it entered the equipment of the British army, and over time it was used by other allied armies. The detector was used for the first time in the Second Battle of El Alamein in 1942, where it significantly contributed to the Allied victory.

“In the following years, improved and modified, the mine detector found its way to battlefields around the world. Simple, yet effective, it turned out to be extremely long-lived equipment – it was used until the 1990s, of course in a modified version. The number of people saved by it can be estimated in thousands.” That is why today Kosacki is most often referred to as “the man who contributed to winning World War II”. Or shorter: “Pole who stopped death”.