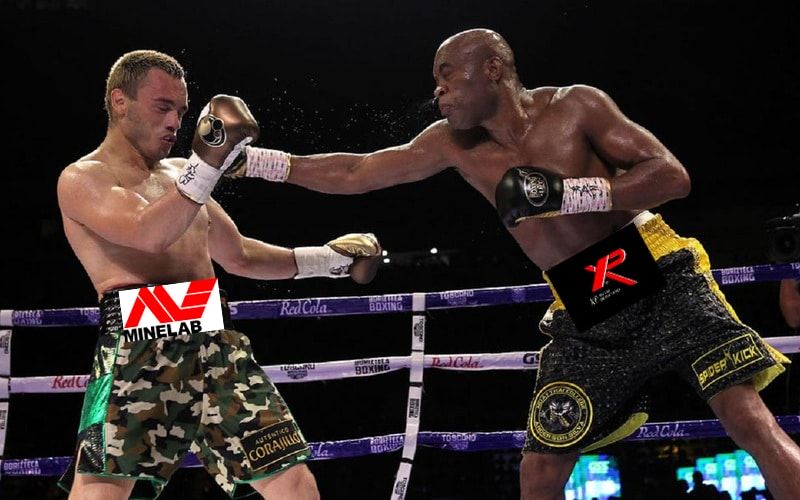 XP DEUS II vs Minelab Manticore who will win this duel? It depends … it depends on what we expect from both detectors because both are really good.

DEUS II is the king of ergonomics when it comes to the lack of cables, weight – 960 grams, and compactness, and there has been no competition in this category for years. What else? The audio was created by a real musician. Also undefeated for years, although Minelab created more pleasant tones and less tiring, also worse describing the subject. What is the difference? On nuances and additional sounds and their change and their modulation and volume. A piece of aluminum in the form of a can sounds differently than a coin, even if it is similar in its conductivity. It’s a lot. After a while, we know what is what. That’s what it’s supposed to be about. Disadvantage? In the long run, such audio can cause fatigue, especially in areas littered or full of iron. This is a minor difference, but for an experienced user, it is crucial.

Do we know anything more? Yes. Thomas Dankowski from the USA is a well-known American device tester before releasing them to the market. Over 40 years of experience is indisputable and his contribution to the development of many well-known devices is crucial. He has been testing Minelab Manticore for over a year and on the Dankowski forum (link: https://www.dankowskidetectors.com/discussions/index.php) he shared his observations with us, comparing it to devices such as XP DEUS II and Tarsacci MDT 8000 which also tested.

The Minelab Manticore was tested on the coast and on the beach, the inland tests simply did not take place and according to Thomas, the new Minelab is a slightly worse separating detector than the XP DEUSA II. Calabash Digger drew similar conclusions in his tests, which can be seen on his YouTube channel.

One important observation has been mentioned, the Manticore will be slightly deeper and it’s a matter of an inch or so (2-3 cm). This means performance at the level of the Tarsacci MDT 8000, which is a PI/VLF hybrid device and this means that such equipment is always deeper.

The 2D visualization of the Minelab detector in a clear field allows you to analyze the target, something more than the well-known XY plot from DEUSA XP. Unfortunately, with a large amount of iron, it does not work so perfectly and can lead to disappointment. As we know, everything requires learning.

The thing to check is the color spoof issue with heavy condensation of rusty items, but that takes time and fieldwork. It should be remembered that new software updates can change a lot for both manufacturers.